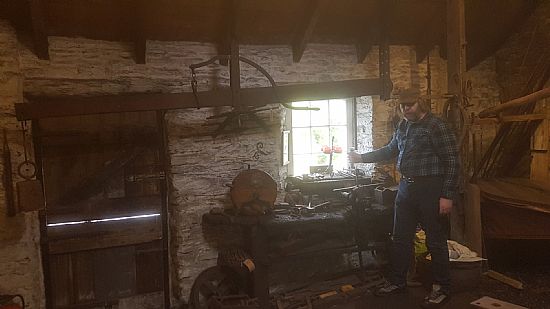 We have a very old mechanism for drilling holes in iron.

How would you drill a hole in metal if you didn't have a modern twist drill? You would need to find the answer if you wanted to attach metal bars to a box or a cart.

In the Smiddy we have a "Boring Beam".  It's not exactly an inspiring name, but that's what it is called. It is a very rare old device for drilling holes in iron. The design dates back to at least the 18th century.

Boring beams were once very common, but became obsolete over 100 years ago when more sophisticated powered drilling machines were invented. It is likely that one factor in their demise was the "beam" itself, a 10 foot length of hardwood that would have had many other potential uses.

Ours was restored to working condition in September 2019. It does work, but it is slow and laborious. It will never compete with an elecric drill!

The Beam is fixed so that it is over the vice, and is on a pivot at the right-hand end. The metal workpiece you want to drill is placed in the vice, and a very simple drill bit is placed between that workpiece and the beam. A weight is hung on the left hand end of the beam. The leverage of the beam means that the force on the drill is many times more than the weight alone. Now you turn the drill by hand, and miraculously it slowly drills a hole. 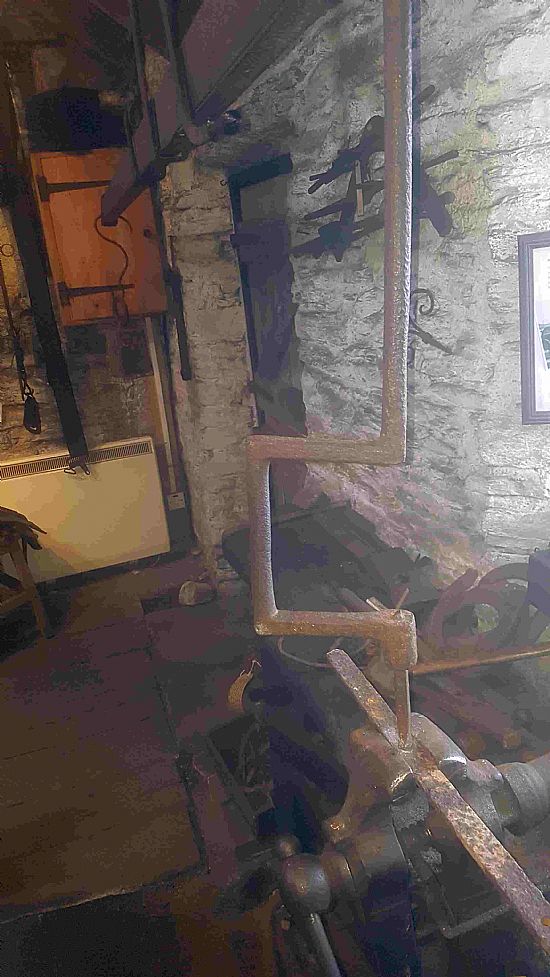 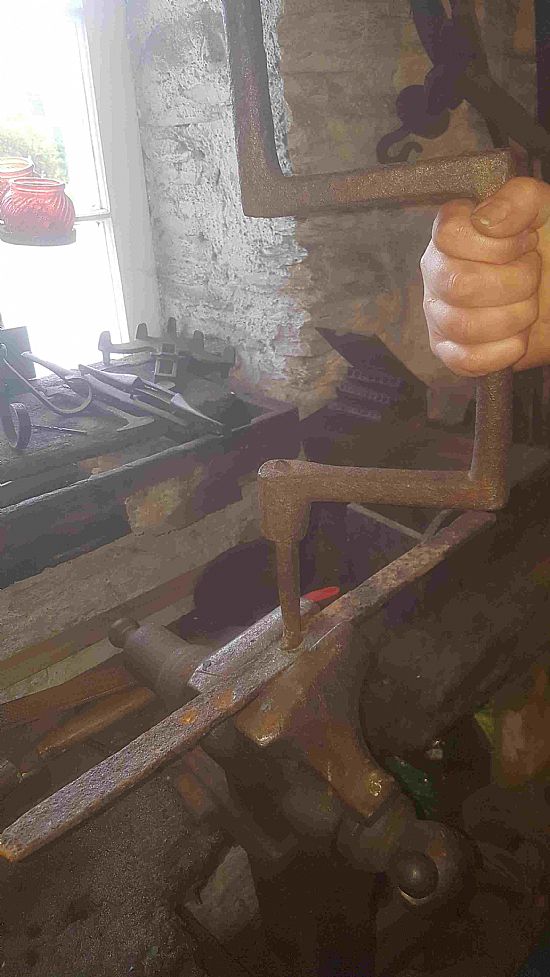